Herodotus,  “Father of History,” was born in the Greek city of Halicarnassus which was then part of the Achaemenid Persian Empire.

Herodotus traveled extensively throughout the Near East and Eastern Mediterranean and is known to have visited Samos, Egypt, Tyre, Babylon, Athens, Magna Graecia, and Macedonia.

His famous work, The Histories, was conceived as an attempt to explain the origins of the Greco-Persian Wars.

It begins in the mythical period, focuses the years between 550-479 BC and spans 9 books.

Although his work inspired many later historians, Herodotus himself remains controversial and has been called the “Father of Lies.”

His work contains many legendary and fanciful accounts which later historians accused him of making up for entertainment value.

However, Herodotus himself states that he merely reports what he has been told and even notes when he does not believe his source.

Today, a number of the more fanciful aspects of The Histories, such as the Amazons, have been confirmed through archaeology.

The Metropolitan Museum of Art, 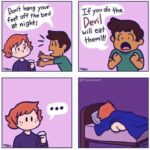 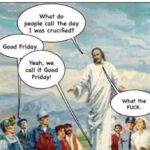