The concept of how Sir Arthur Conan Doyle was as a person always sends me into fits. Imagine making the most famous literary character of all time but you hate the character so much you try to kill him off. But everyone is so horny for this asshole detective they make you bring him back. Even your own mother gets mad when he’s dead because she likes him. Raising your prices to ridiculous rates to avoid writing Holmes stories backfired and now you’re rich. It’s absolutely a pain because it’s keeping you from your true passion which is spiritualism despite how one of your good friends Harry Houdini keeps telling you it’s bullshit. You consider your best novels to be historical ones but they’re well overshadowed by the nemesis of your own creation Sherlock-fucking-Holmes. Some fake photographs from some kids convinced you faeries were real and you wrote a whole book about it. You started writing stories in medical school. And yes, also you are a doctor. After you’re dead, they erect a statue of Sherlock Holmes across the street from your birthplace, causing you to probably roll over one hundred eighty degrees in your grave and scream into your casket pillow. 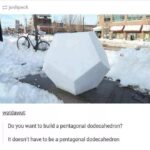 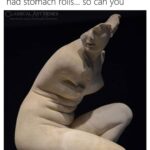