The Judgement of Paris

Before he was born, Hecabe  saw a dream in which her child was a flaming torch.

The explanation to the dream that was given by the seer Aesacus was that the yet unborn child would be the doom of Troy.

Aesacus also said on the day of Paris’ birth that a child born of royals that day should be killed in order to save the kingdom.

However, Priam and Hecabe  could not kill their baby son, and instead gave the baby to a herdsman so that he would do the deed.

The herdsman, also unable to kill the baby, left him to die on Mount Ida, but the boy was saved by drinking milk from a female bear.

When the herdsman returned nine days later, he found the baby still alive and took him back to Troy.

While growing up, Paris met the nymph Oenone, and they became lovers; after he left her for Helen, Oenone told him that she would be happy to treat all of his injuries, small or serious, whenever he was wounded. 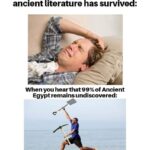 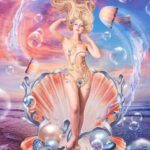