Niobe boasted that she was superior to Leto, as she had fourteen children and not only two- Apollo and Artemis

When the twins found out about this insult, they got enraged and at once, came down to Earth to kill the children of Niobe. Apollo, the god of light and music, killed all seven of Niobe’s sons with his powerful arrows in front of their mother’s eyes.

Although Niobe was pleading Apollo to feel mercy for her last surviving son, Apollo’s lethal arrow had already left his bow to find its mark with deadly accuracy, thus wiping out all the male descendants of Niobe.

Artemis, the virgin goddess of nature and hunting, killed Niobe’s seven daughters with her lethal arrows and their dead bodies were lying unburied for nine days.

from the Horti Sallustiani, in the area of Piazza Sallustio, 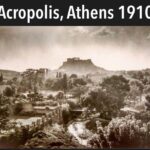 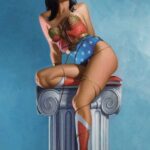