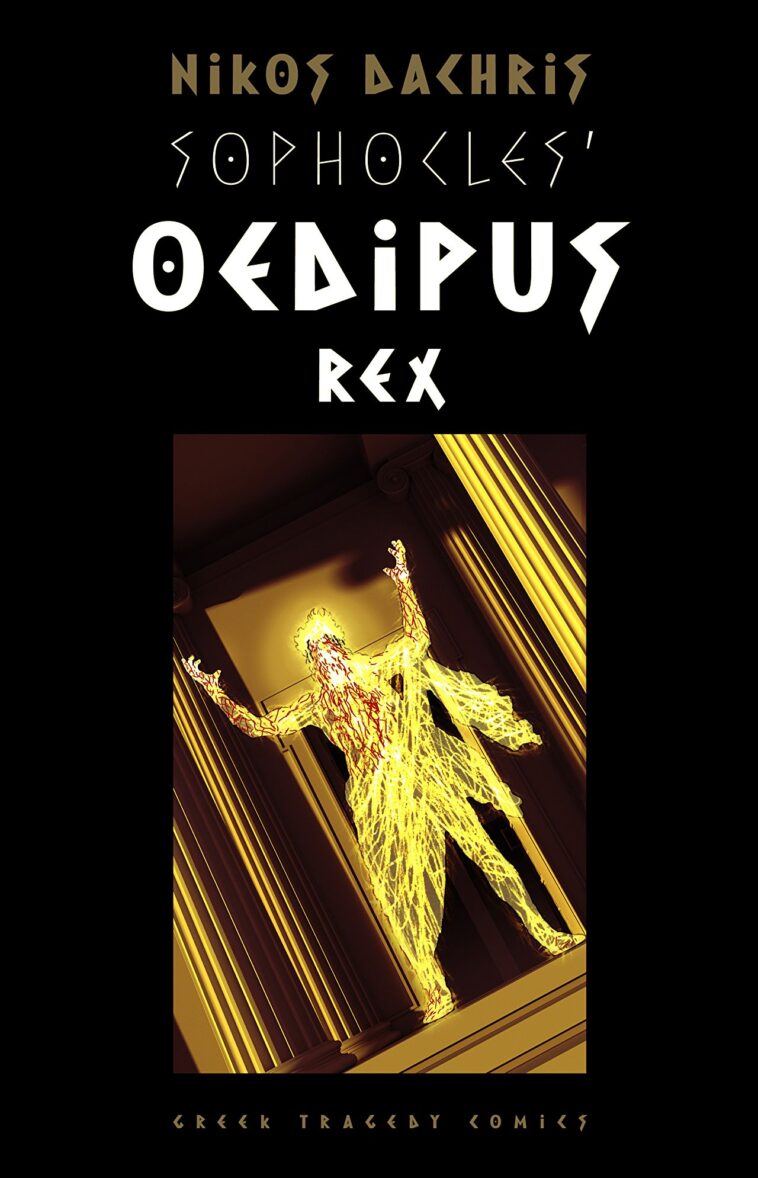 Sophocles’ Oedipus Rex by Nikos Dachris Graphic novel by Nikos Dachris of the classic play by Sophocles (5th c. BCE.), also known as “Oedipus the King”, “Oedipus the Tyrant” and “Oedipus Tyrannus”. King Oedipus pledges to save Thebes from a plague sent by the gods. His instruments will be sharp reason and state authority. But he is haunted by an old prophecy and his path is leading him to a tragic destiny. The adaptation focuses on the dialogues flowing in the simplest possible language while keeping close and faithful to the original script. The artwork is original, gripping and atmospheric, employing depth, light, colour and detail in good measure for a genuine drama set in ancient Greece. Independent publication redetermining the relevance of ancient Greek legacy to modern civilisation by making Tragedy available in comics for the contemporary explorers of mythology beyond the study of classics at school. Get it on Amazon COM Get it on Amazon UK

Mythographers We Love: Oedipus Rex Graphic Novel by Nikos Dachri is highly popular post having 1 Twitter shares
Share with your friends
Powered by ESSB
Send this to a friend