Alexander Consulting the Oracle of Apollo

Before crossing the Hellespont, Alexander visited the oracle at Delphi.

Unfortunately, it was closed, and on that day deliveries of the oracle were forbidden, but the king was not one to accept defeat of any kind and called for the priestess Pythia to appear.

Again, Alexander would not accept her defiance, and dragged her out to the oracle to answer his question: What did the gods say about his expedition to Asia?

Realizing it was useless to resist, she simply told him he would be invincible.

…he went up to her residence himself and started to drag her against her will towards the temple, whereupon, apparently overcome by his forcefulness, she said, ‘You are invincible, my son.’ On hearing this, Alexander declared that this was the only prophecy he needed…(323). 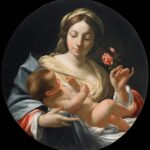 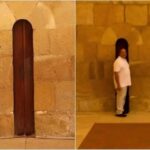