According to Greek mythology, Adonis was the god of beauty and desire.

Originally, he was a god worshipped in the area of Phoenicia (modern – day Lebanon), but was later adopted by the Greeks.

According to the most popular belief, he was the son of Theias, king of Syria, and Myrrha (also known as Smyrna), Theias’ daughter.

The myth has it that Myrrha fell in love with her father and tricked him into having sex with her; by that union, Adonis was conceived.

When Theias found out that it was his daughter, he tried to find her and kill her.

She pleaded to the gods to change her form, and thus she was transformed into a myrrh tree.

In the tree form, she gave birth to Adonis, with whom goddess Aphrodite fell in love. 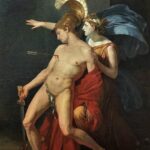 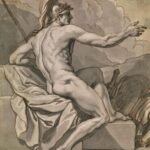