What happens to Achilles after the end of the Iliad?

Although the Iliad doesn’t explore what happens to Achilles next, there are numerous later legends and other ancient authors tell more of his story.

After the death of Hector, the Trojans, with their best fighter dead, call on their allies to help them defeat the Greeks.

The Ethiopian King Memnon brings his army to support the Trojans, but is killed by Achilles in battle.

Achilles also faces the Amazons – the tribe of female warriors – and fights their leader, Queen Penthesilea.

At the moment Achilles kills her with his spear, their eyes meet and he falls in love with her, too late.

Achilles is killed by an arrow, shot by the Trojan prince Paris.

In most versions of the story, the god Apollo is said to have guided the arrow into his vulnerable spot, his heel.

In one version of the myth Achilles is scaling the walls of Troy and about to sack the city when he is shot.

In other accounts he is marrying the Trojan princess Polyxena and supposedly negotiating an end to the war when Paris fires the shot that kills him.

After his death, Achilles is cremated, and his ashes are mixed with those of his dear friend Patroclus.

The Odyssey describes a huge tomb of Achilles on the beach at Troy, and Odysseus meets Achilles during his visit to the underworld, among a group of dead heroes. 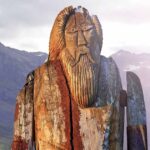 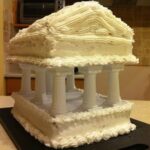 What happens to Achilles after the end of the Iliad? is highly popular post having 1 Twitter shares
Share with your friends
Powered by ESSB
Send this to a friend