Homer, mentions that Hephaestus was the son of Zeus and Hera.

Others (Hesiod, for instance), states that Hera conceived the god on her own.

In any case, Hephaestus is said to have been born very ugly, which is an anomaly, as the other Greek deities are believed to be physically flawless.

Hephaestus is commonly depicted as a bearded middle-aged man with a large physique.

He is normally shown wearing a short, sleeveless tunic, as this was the clothing of choice of craftsmen.

As a craftsman himself, Hephaestus is associated with such tools of the trade as hammers, anvils, and tongs.

Aphrodite became his wife but she was not a faithful one! 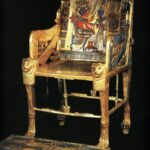 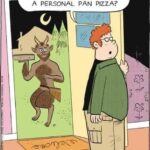