Maleficent: Not wa- Oh dear, what an awkward situation.

In medieval culture, an event like a royal christening is not a private party, it’s the public social event of the year. To not invite any person of rank to such an even is a deadly insult.

Maleficent is certainly someone you wouldn’t want at a party, but she’s also someone powerful enough that only a fool would ever dare treat her with such blatant disrespect. The only way the King and Queen could possibly have gotten away with not inviting Maleficent was to not invite any of the fairies at all, inviting the other fairies and excluding her is explicitly taking sides in the conflict between the fairy factions.

Which means they made themselves her sworn enemies, and she responded by treating them as such from then on. If you actually get into analyzing the social dynamics of the scene, it’s very clear that Maleficent was willing to show mercy at first by giving the King and Queen a chance to apologize for their disrespect to her. She doesn’t curse Aurora until after she gives them that chance and they throw it back in her face with further disrespect.

And yeah, if the King and Queen had done the properly respectful thing and invited her, Maleficent would have given Aurora a scary awesome present. Moreover, so would the other faeries, because at that point both sides would be using it as an opportunity to show off and one-up each other. What they gave her before Maleficent showed up was basically just trivial party favors by fairy standards.

How do you know so much about the social dynamics of medieval fairies?

In the Original fairy tale the king didn’t only want 1-3 faeries beeing the guests and blessing the child like it was custom by faeries, but he wanted all the faeries of the kingdome ( 13) to appear and bless the child. They where supposed to dine from plates made of gold, but when the king recognized he only had 12 golden plates he discharged the one faerie that lives most far away at the kingdome borders. The golden plates can be seen as offerings to the faeries ( it was practice to put out an offering for the faeries when suspecting them to bless a newborn) so we have a mythological concept that dates back far more than christian mediaeval standards; the ruler that negates an offering to a spirit and is therefore punished. Ever wondered why the 12th faerie, after the curse was spoken by the 13th said she can’t make the spell undone, only change it to a magical sleep spell? She didn’t want the king and queen to be totally spared from punishment, as they had done a terrible fauxpax according to the faeries rules. It is also supposed that every faery stands for one year of the princesses life, the 13th one be the one that whould have given her the blessing of turning from a girl to a woman.
But well, disney fucked it up by reducing the numbers of faeries and making one of them the wicked one.

[…] even the grimm brothers where a bit like Disney, the changed and removed a lot of things, as some of the faerietales date back thousand years before the grimm brothers and theyr standards.  For example, the grimm brothers changed all the mothers to step mothers (it was snow whites own mother that tried to kill her) and also it wasn’t actually a kiss that broke the spell on the sleeping beauty.. 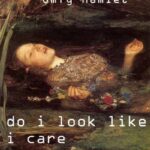 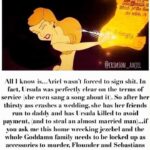