There are several Roman myths about Mars.

In one, Hera bore him, without Zeus, at the touch of a magic herb given her by Flora.

In another, he was the father of Romulus and Remus by Rhea Silvia, a Vestal Virgin.

Ovid, in Fasti, tells of Mars’s attempt to seduce Minerva.

In the only purely Roman myth, he is tricked into marrying the aged Anna Perenna. 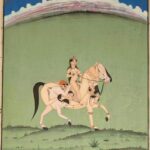 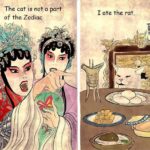