Hercules and the Horses of Diomedes

Diomedes was king of Thrace, whose parents were Ares and Cyrene.

The names of the horses were Podargos (swift), Lampon (shining), Xanthos (yellow) and Deinos (terrible).

Stealing the Horses of Diomedes was one of the tasks that were given Heracles by King Eurystheus during the myth of the Labours of Heracles.

Heracles did not know that the horses were wild and maddened because of their diet which consisted of human flesh.

They were all kept harnessed to a bronze manger, while on some versions of the story, they breathed fire.

According to one version, Heracles fought Diomedes while leaving his friend Abderus to take care of the horses.

After killing their master, Heracles realised that his friend was eaten by the horses, so he fed them with Diomedes’ body, in order to calm them.

Another version has it that the hero managed to corner the horses on a peninsula; he then dug a trench and filled it with water, turning the peninsula into an island. When Diomedes arrived, Heracles killed him and fed him to the horses.

By feeding the horses with human flesh, they became calm, and Heracles managed to bring them to Eurystheus.

One version has it that the horses had become permanently calm at that point, and were left to roam the countryside.

Another version has it that Eurystheus sent them to Olympus as a sacrifice to Zeus, who refused them and sent wolves and lions to kill them. 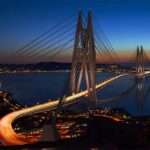 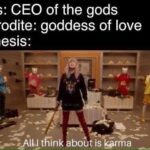