The Love Goddess is the third and final matriarch in the trinity of fertility goddesses. Whereas the Earth Mother symbolises the physical aspects of womanhood (e.g. breasts, womb, procreation), and the Mother Goddess represents the maternal aspects (e.g. compassion, kindness, sensitivity), the love goddess epitomises her passionate side (e.g. desire, lust, devotion).

The full, unabridged article can be viewed on my Patreon page. Membership includes the following benefits:

If you want to support my work, or learn more about the parallel themes and archetypes found in world mythology, then feel free to follow the link below: 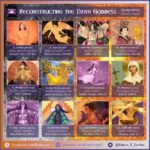 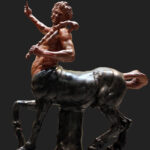