Freya goddess of love and beauty. Freya was never a aesir god but was originally from Vanaheim. She was welcomed in Asgard after a hostage trade to make peace between the gods during the Great War.

Now as for stories I’ve heard the one on Heimdall (coming soon). I only know of 3 more. One on the creation of the Great Wall surrounding Asgard and one on the theft of Mjolnir. She also had a story on her husband.

Asgard was looking to strengthen its defences by creating a huge wall. Now a giant comes offering to do the work in half the time but at the cost of Freya’s hand in marriage. This giant represents determination and his horse, hard work. The giant’s terms were agreed as not even the gods thought it could be done. But as he was nearing the completion of the task Freya asked Loki to step in and keep her from marrying the giant. Loki transforms into a beautiful mare and lures the giants horse away. Without the horse the giant couldn’t finish the task in time. Loki returned with a baby horse as a gift for Odin asking him not to mention where it came from. Proving that some mischief can grant rewards. A lesson of hard work, perseverance and determination will not be enough to win love.

The second story is one where Thor wakes to find his mighty hammer Mjolnir missing. After the gods receive a received a ransom note from a giant asking for the hammer to be exchanged for Freya. He approaches the giant which represents desire/lust.  Loki was a pointed the task of retrieving the hammer and he noticed the giant had extremely poor sight mistaken Loki for Thor. This shows that lust can’t see much in terms of the overall look of them because Loki is far smaller than Thor.

Heading back to Asgard he convinces Thor to wear a dress and pose as Freya. The might thunder god does reluctantly as they feast with the giant Loki requests the hammer. Thor uses it to destroy the giant and tells Loki to not mention this again. A lesson that you can’t trade things of value to earn love meaning it is not a product to be traded.

Freya’s husband the god Odr won the heart of Freya but after being lost on a quest only to be missing for so long he changed in to a hideous sea creature. This didn’t change the goddess’ love for her husband and sought out vengeance on the people who killed her husband.

Now this story shows that too much distance can change how a person is perceived by the one they love but love is more than how they appear and if it’s strong enough it will remain.

So in the 2 previous stories Freya’s marriage proving love takes determination and hard work but if distracted can lead to failure. and focusing on lust is easily tricked by something posing as love.

Freya’s also the leader of the Valkyrie that swoop over the dead in the battlefield to decide who will ascend to the halls of Valhalla. Proving love has a big role to play in deciding if your resting place is Valhalla or Helfeim. 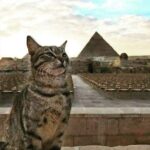 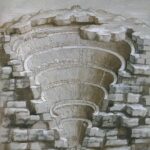