The myth of Pheidippides

Fifth century B.C. Greek historian Herodotus, the “father of history,” made no mention of Pheidippides running to Athens in his account of the Battle of Marathon.

He did write that before the battle Pheidippides was sent to Sparta to ask the Spartans for assistance.

He completed the run (estimated to be between 140 and 153 miles) in two days and then immediately raced back to Marathon.

Herodotus also wrote that after the battle the Athenian army hurried back to Athens so that the Persians, who had escaped on their ships, could not attack the undefended city.

The first account of Pheidippides running to Athens did not appear until the second century A.D., when Greek writer Lucian wrote in his “True History,” “Philippides the hemerodromos, reporting the victory from Marathon to the archons, Who were seated anxiously awaiting the result of the battle, said, ‘rejoice, we have won,’ and saying this, died at the same time as his report, expiring with the salutation.”

A statue of Pheidippides along the Olympic marathon route in Rafina, Greece 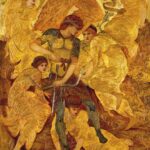 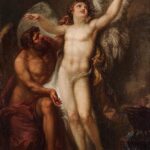 Was the Myth of the Marathon Runner Real? is highly popular post having 1 Reddit shares
Share with your friends
Powered by ESSB
Send this to a friend