The Shield of Achilles

In Book XVIII of the Iliad, Homer describes the construction of Achilles’ shield by Hephaestus, god of technology. This shield is the symbol of Achilles, the central hero of the Homeric epic. At the same time, the shield constitutes a totality, wider than the epic itself. In a poetic and descriptive way, it sums up the whole of human knowledge in the Homeric era. The shield itself is a universal model of the world, human and natural, a model of the very structure of the physical world. In fact, a model of the universe, which deeply affected the perception of nature by the Presocratic philosophers — Anaximander, Anaxagoras, Empedocles, and later on, Plato and Aristotle. Moreover, it is a model of the social structure of the Greek cities, which also influenced classical philosophers. At the same time, the shield constitutes an introduction to the Platonic philosophical method of dichotomy and to the Aristotelian digital analysis of the world into categories. In this way, Homer paves the way to the ensuing developments in science and technology.

Part of the History of Mechanism and Machine Science book series (HMMS, volume 6) 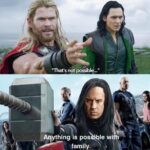 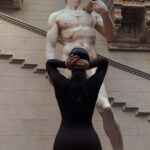