Archimedes (287-212 BCE) was a Greek mathematician and mechanical engineer, a pioneer in both fields, many centuries ahead of his contemporaries.

In Sicily, under the ruling of the king Hiero II of Syracuse (270 – 215 BCE), a ship with stunning dimensions was built. The material used for the construction of that giant boat equated to the material for 60 regular ships. What was more, that vessel was meant to leave the secure coastal lanes and to cross the Mediterranean Sea.

She was fabled as being one of the largest ships ever built in antiquity and as having a sumptuous decor of exotic woods and marble along with towers, statues, a gymnasium, a library, and even a temple. The ship was given a name – Syracusia – and represented what could be called “the first liner of antiquity.”

The historian Moschion of Phaselis said that Syracusia could carry a cargo of some 1600 to 1800 tons and a capacity of 1,942 passengers. She reputedly bore more than 200 soldiers, as well as a catapult. She sailed only once to berth in Alexandria, where she was later given to Ptolemy (Ptolemaios) III Euergetes of Egypt and renamed Alexandreia. 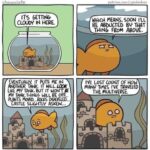